The bookshop is situated in one of the previous cells of the monks, built at the creation of the second Chartreuse in 1372 in St John cloister,on the ruins of the palace of Etienne d'Aubert, destroyed by a fire in 1365 ( second foundation by Pierre Selva de Montirac, cardinal of Pampelune, a nephew and successor of Innocent the VIth).
The cell itself opened on the cloister and on a garden now covered with a glass-roof. That cell was the place where the last private inhabitant of the Chartreuse lived. He left the place in 1990, being the last witness of the long period of about two centuries of privatization of the Chartreuse after its sale in 1794 as a national property.
The restoration started in 1989 in the aisle called the Prieur’s, at the time when the Chartreuse was granted the label of Centre National des Ecritures du Spectacle ; it consisted in settling a new reception area for the visitors of the monument and the residents of the center.
The place of the bookshop at the junction of the modern reception area and the St John cloister made this service free of charge for the different people coming : the visitors of the monument, but also the public coming for exhibitions shows,readings, visits linked with artistic activities (schools , universities ,professional). Opened the whole year, the bookshop offers a lot of different publications on the Middle-Age heritage, history and architecture, gardens, regional tourism and some reference products such as Liquor of the Chartreuse, olive oil. But its main publications deal with theater and show-business in general : more than 10 000 references on the history of writing-art, or the most creative aspects of performing arts, dramas, books for children,dramaturgy and stage-design, theoretical and popularizing research on the new media and the digital revolution. All that makes it a real center of information practically unique.
The Bookshop is open
— October to March : from Tuesday to Saturday 11 am to 12.3O and from 13:30 to 17 pm
— April to September :  from Tuesday to Saturday 11 am to 12.30 and from 13:30 to 18.30 pm
— Contact : 33(0)4 90 15 24 48 or librairie@chartreuse.or 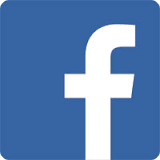